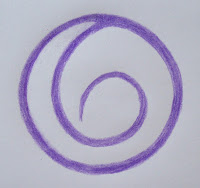 We survivors of Sudden Cardiac Arrest (SCA) come in many stripes.  We are each members of the small 3-7% club who didn't die that day - or at least, we didn't permanently die.   We are young or old, healthy or not, we know why our hearts stopped or we don't and we never will.  We have intact hearts or not;    we suffered permanent brain damage (ABI) from oxygen loss or we did not.   We are annoyed and perplexed that our hearts stopped and every single one of us is dazzled and grateful that we are somehow alive.  Most of us now see life as paradox - this was the unluckiest and luckiest day of our lives.  This was curse and magic.  We become seekers of something.  And in my nearly 3 years, I don't think a full 24 hours has passed without a wave of sheer gratitude - for life, and for my intact brain.  Many are less lucky than I was, and it can break your heart to watch them sort out their new brains.

Last night, in a different circle, I had dinner with a group of 8 - a few I know well and a few I didn't.  I found myself sitting across the table from a bright woman who had worked in healthcare for decades, in both  clinical and business positions.  She is probably around 60, very fit, very bright.  And smug.  Smug about her good health.  If I could have spoken, I'd have been speechless.  She takes full credit for her good health, attributing it entirely to her good eating and exercise habits.  Not just a little attribution - entirely.  Stridently, aggressively smug.  As if she "deserved" her good health, and of course, as if others do not "deserve" it.

We fell into the danger zone;  she doesn't like the new healthcare law.  She doesn't want to have to pay for unhealthy people, particularly when it is "their own fault".  She was smug and  harsh and ungracious.   Appetizers had just arrived; we had a long way to go.  In my youth, I would have argued.  Now, I quietly sit and muse at how a seemingly intelligent person could actually believe that a healthcare system could be modeled on "fault".  Skip the ethics;  one should be stopped cold with the understanding that those lines are impossible to find except in the egregious outlier cases.   Two seats down was a surgeon who had operated on two little kids that day - in my youth, I would have asked Ms. Smugness if an investigation should be done to determine if the babies or their parents had been "at fault" so they could be billed.   But I was quiet.  Told my stock self-deprecating jokes about my aged, now deceased parents.  Such deflection failed.  She returned to it throughout the meal.

I kept flashing between this self-congratulatory person and my SCA friends who woke up one day to learn their hearts had stopped and somehow they - we -  were alive.  In most cases, there is no pre-known cause and often, there is never a reason found.  Our hearts had gone haywire.  They may or may not go haywire again.

As I drove home from dinner - peeved -- I thought "with whom would I trade places"?   Would I rather have a heart that had gone off the rails, live with core uncertainty, and this need to search ----  accompanied by a deep gratitude - or would I prefer to be fit, healthy and smug?

I'll take my broken heart.  I'll take all our broken SCA hearts.  Next time, I'll sit at the other end of the table.
Posted by Marty at 1:08 PM 9 comments: