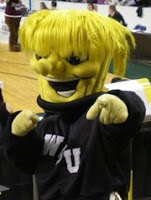 The idea for this post was that I need to remove the word "shocking" from my vocabulary.  I was talking with a friend and said I had been shocked by something.  Dead silence.  The friend said "You can never use that word again.  I thought it was the defibrillator".

Well, Skippy the implanted defibrillator has not shocked me.  Some people have, but not Skippy.  But out of deference and affection for my concerned friend - I will not use this word again until Skippy does act up or fire or pop or engage or do his job or go on or go off or whatever word it is supposed to be.

THEN, I went looking for a photo to use here for the concept of "shock".  First I have to ask - How does Merriam Webster order its definitions?  The first listed definition of the word "shock" is : a pile of sheaves of grain or stalks of Indian corn set up in a field with the butt ends down.
Not sure if there is a different word for that same pile with the butt ends UP.  Who are these people?


BUT, I am so glad Merriam Webster did that, because I shifted gears and went hunting for a photo of that type of shock.  And what did I find?  WuShock.  Seriously.  This is the mascot of Wichita State University.  A self-described " big, bad, muscle-bound bundle of wheat ".  I am a sucker for mascots. I was a mascot (Bulldog), so I feel like kin to all others.  But how, how, how does an institution decide on a "muscle bound bundle of wheat" as a mascot.  Of course, who am I to judge? My alma maters chose an Orange (previously a Saltine Warrior) and a Spider.


WuShock made my day.  Check him out - he has a FB page. Honestly, he does.  I love America.  And Kansas.


Photo courtesy of WSU website. Really.
Posted by Marty at 12:29 PM No comments:

What Happens When Your Heart Stops 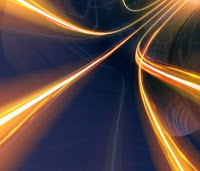 Recently, someone asked me this question:  "What happened when your heart stopped"?  I have been asked many questions since the Sudden Cardiac Arrest (SCA) in 2009, but not quite that one.  There was part of me that wanted to respond: "Nothing much."  But that's not the nicest part of me; that part is a tad sarcastic, so I refrained.

After a second or two, I realized they were asking (with the best of intentions) what I felt or what I remember that I felt as the arrest happened.  So I recounted:  I was sitting there staring at a wall across the way, my vision went to a tunnel and I was out. The next thing I remember was waking up with a whole bunch of very loud people scurrying about, trying to put an oxygen mask on my face (that I wasn't having any of), telling me I was OK.  Well, aside from the fact that you have no idea what happened  -- you are pretty sure it was NOT ok - that was about it.  That is all I remember.  I have no recollection of the three shocks with the paddles or any of the rest of it.

As the arrest happened, my vision went to a tunnel.  (Many months later, I learned from a Sanjay Gupta, MD television special that there is a reason for the tunnel.  Apparently, the retina is exceptionally sensitive to the loss of blood flow, so darkness arrives in that last second of consciousness.
But I report, I did not see a bright light, I did not see a halo, I did not see Mom motioning me from the other side.
My only memory is going out with that tunnel.

So "what happens when your heart stops?"  Hell if I know.  And not all that eager to find out.
Posted by Marty at 11:08 AM No comments:

I am now the proud owner of a boot.  One of those awful things for your ankle that is the alternative to a cast - for a tendon gone bad.  Here is my complaint:
- "They" don't know if the tendon is torn or just inflamed.  I've been messing with it for months now and it kept getting worse, as these things are wont to do.
- And why don't they know tear v 'itis' - because I can't have the MRI that would show that.
- And why can't I have the MRI?  Well, because Skippy the implanted defibrillator (ICD) says so.  I'm bitching now, but geez - you live through the whole heart-stopping-without-warning thing, you make adjustments, you adjust, adjust, adjust.  And now the no-magnet rule comes home to roost.
- Yes, that first M in MRI is 'magnetic' and Skippy apparently doesn't do well with magnets.  Can't hold a magnet, can't carry around a stereo speaker - I didn't even know those things had magnets - and bam.  Cannot have an MRI.

So I have das boot.  Three weeks and we see if it resolves.  I don't even want to think about that.  But I really do believe that orthopedists and plastic surgeons need to team up.  If I have to go under anesthesia for an ankle, I damn well want some 'facial rejuvenation' at the same time.  Seems only fair to me.

Whoopsie. I do believe I am getting old.
Posted by Marty at 7:02 PM No comments:

Give as Good as We Get 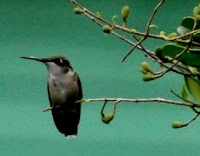 In a cherished friendship, I fear I got so much more than I gave.  I got boats, a teacher, spectacular afternoons, Leonard Cohen, a basin shaped like a lollipop.  I got weird, off-the-beaten-path books I had never heard of - I got a feast of snakes.  Joyous admiration for a very quirky humor.  I got a hummingbird, an egret and a painted bunting.  Saw craters on the moon.  Jurgensen field.  Swimming in the ocean off an undeveloped island.  Riding waves with someone who can do it better than I can.  Learned to like beer.  I got the certainty of loving and being loved.  I got all this.  I swiped a nautical chart.

I worry that the value of what I gave falls short.  Note to self - be a better friend.

Oh, I forgot the best - I got a pipe that glows in the dark.  Takes you back.

Photo courtesy of an un-friend.
Posted by Marty at 6:32 PM No comments:

Baseball.  So many have said so much - and this from Edward Abbey:
"Baseball is a slow, sluggish game with frequent and trivial interruptions, offering the spectator many opportunities to reflect at leisure upon the situation on the field.  This is what the fan loves about the game."


Well, that is one thing this fan loves about the game.  That we can patiently sit and think through the inning, the number of outs, the count, the defensive options - all before the batter sees his first pitch.  Then recalibrate before the second pitch.  All the while slowly and completely reveling in the beauty of the day.


Baseball is a pleasure and on a crisp, sunny, late afternoon, it is magic. Even here in my adopted home town where we have no major league team, no farm team --- I am learning to love college baseball.  Because that is what we have.  And it is still magic.  It's still a ball field, it is still remarkably green as the lights come on with the sun moving down; it is still all order and chaos.   A triple is still exciting, a boy who fails to swing at the third strike is a tragedy, an error is heartbreak and a runner bouncing up after a stolen base an explosive and marvelous triumph.  It is such a simple and unimaginably complex game.


And here from PeeWee Reese:
If I had my career to play over, one thing I'd do differently is swing more. Those 1,200 walks I got, nobody remembers them.

It is baseball.  I do believe I'll head out to the game today.
Posted by Marty at 10:29 AM No comments:

Email ThisBlogThis!Share to TwitterShare to FacebookShare to Pinterest
Labels: baseball

February - Who Says It is Not the Cruelest Month?

No redeeming value to February.  It's hard to spell, it's cold, it's often just  miserable.  This year, it has been horrid in these parts, and I don't mean the weather.  Who the hell said April was the Cruelest  Month?  I think they were idiots,  and I mean that in the nicest possible way.

Out of some desperation, people throw in Valentine's Day and President's Day to try to soften it up, but no one is fooled. Temporarily distracted perhaps, but not fooled.

The month sucks.  The best thing I can say about it this time around is thank god 2011 is not a leap year.  I don't know that I could have borne a 29th day.
The Ides are looking good.

What can we possibly say about a month that has - as its very best moment -  Groundhog Day? 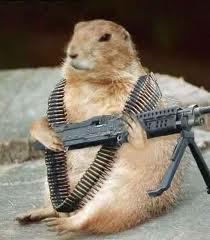 But love the dude to the right.
Posted by Marty at 10:25 AM No comments: