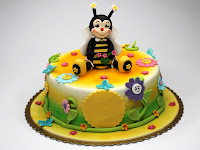 September 5, 2009.  A date I will never forget.  Until I do.  That was the day my heart stopped for no reason at all.  In Sudden Cardiac Arrest circles, we/they will refer to the date as "the day I died" or "the day I died the first time" or the less macabre "my re-birthday".  For me, it's always been just the day my heart stopped.  Sometimes, I'll refer to it as "Skippy's birthday" - Skippy being the implanted defibrillator that came into my life and chest shortly after the whole heart-stopping-thing.

The first anniversary, 2010,  was awful.  Well, not truly awful - the heart didn't stop again, so it wasn't quite awful.  But I had heard so much from my SCA friends about celebrating the day - a whole year with an intact heart.  So as the date approached, I manufactured more and more pressure to mark the day in some momentous way.  But instead of joy, I was increasingly anxious as the date crept closer.  I re-lived the 2009 day over and over and over.  Instead of finding joy and celebration, I was scaring myself to a bizarre degree. Like there was a heart fate switch out there somewhere that would make it stop again - on this September 5th.  As if it would be an annual event.  In the end, I spent the day boating with a good friend.  A simple pleasure.

Then in 2011 and 2012, I vowed to let the date simply pass.  And I did.  No celebration, no anxiety; I knew the countdown; I was aware of it on September 2nd, on the 3rd, on the 4th.  But I did nothing to mark it. For me, that seemed the safest route - I think I was determined to make September 5th an ordinary day.

And then 2013.  I forgot.  On September 10, I realized that the 5th had come and gone.   I was so surprised, shocked even - pardon the pun.   It was done.  I had succeeded.  September 5 had been relegated to the ranks of the mundane dates.  I was relieved.  And a little bit sad.

Such a neurotic; I feel bad that I forgot my SCA birthday.  Like I owe Skippy an apology.  Or a cake.
Posted by Marty at 9:09 PM No comments: