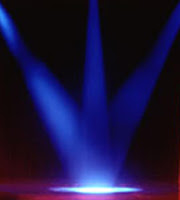 We Sudden Cardiac Arrest (SCA) survivors are a diverse lot.  Old and young; healthy and not; brains intact or not so much; female and male; working, retired or disabled; intrepid or terrified.  Well, many of us are both intrepid and occasionally terrified.  What we have in common, of course is that our hearts stopped, without warning.  And somehow our hearts were re-started, unlike the 95% whose hearts were simply done.  We came back.  Some right away, some with a lag, some after unintentional or induced comas, but we came back.  We 5%.

For our brains, the hard, cold fact of it is that if the heart is down longer than 4 minutes, the risk of brain damage sidles up.  Cells begin to die after 4 minutes without sufficient oxygen.  You get more time with serious CPR, more time with hypothermia - but the magic 4 minute mark means risk of Anoxic Brain Injury (ABI).   Damage to the brain can be small, it can be moderate or it can be devastating.

I escaped ABI;  my SCA happened so close to defibrillator paddles.  Some other lucky souls were not as close to the paddles, but happened to be surrounded by people who knew how to do the new kick-ass CPR where your chest is really pounded,  You may break some ribs, but you buy time for your brain.

We chatted recently - a small group of SCA survivors.  We find each other online; we have those normal,  quick online interactions.  But now, we have talked; we had a conference call.  It was a pleasure to hear voices.  After a few minutes, it became clear that most on the call were dealing with ABI to some extent or another.  And this was what they wanted to talk about, this dominates their lives.    Sitting on the phone, I slid between stark sympathy and the guilty relief that it wasn't me.   They may struggle with impulse control,  with  memory, with the ability to process information, and then there is confidence. What made my heart ache was the toll ABI took on their confidence to navigate life, to communicate.  One was so fretful about her communication that she peppers her talk with "did I just make sense?"  Of course, she made perfect sense.  But she worried.  They all make perfect sense.  But they each worry that people are judging them, looking askance at their errors, not recognizing the heroics of their work to recover.   This is their centerpiece, and it makes your human heart hurt.

As our call wound down,  we  talked a bit about the odd or annoying things that people ask or say to us about SCA.  Most annoying is probably those who suggest we stop thinking about it and "move on".   You want to say - try that.  Let's say your heart stopped for no known reason and you have no idea whether it will stop again.  Go ahead.  Move on and stop thinking about it.
Try it.  See how many inches you can move that thought of its stopping again - how many inches away from your consciousness can you move that idea?

We each had our other irritants, but we all shared the top question:  "Did you see a light?"     That question gets tiresome.  And of course, it doesn't matter.   We did, we didn't, we don't care.

Hearts stop.  Some live, most die.  Some brain cells are lost.  Be kind,  applaud the effort that it takes to embrace life with hearts that have mysteriously and unpredictably gone off the rails.  Tell your ABI sister you are so proud of her progress that she fights, fights, fights for - fights for every single inch of it.
All that beats asking about the dumbass light.