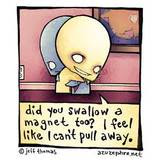 Fear multiplies now, and I swear it didn't use to.  Sudden Cardiac Arrest (SCA) is scary for everyone. I mean shit - it kills you in an instant and then if you are in the lucky 2%, you get to come back from the dead- so yes, it's scary.  And for most of us, SCA comes out of nowhere; we had no warning, no diagnosis, nothing - just zap.   A startling kind of fear.

I have a pretty longstanding attitude of not being a fan of letting fear win (though sometimes it certainly does).  That almost pugnacious or competitive attitude carried me through many post-SCA adjustments and situations. After the SCA, there was sharp, piercing, breathtaking fear for so many 'first times'.  Fear the first time riding a bike fast again - done.  Check.  Swimming alone in the ocean again - check.  Sex - check.  Heart-pumping exercise - check.  The list is long, but I had thought it was finite.  Click through them one by one and I will get to the end.  Nope.

Now comes a new one.  I had unrelated surgery last week, surgery that required general anesthesia.  In the middle of the night before, I suddenly woke up - oh crap, what about Skippy, the implanted defibrillator?  What if I'm under anesthesia and my heart stops or stutters and Skippy fires off a megajolt while the MD and his scalpel are millimeters away from an important body part?  (as opposed to some unimportant body part.).  I could not believe that I, the planner, hadn't thought about that. I had updated the will (seriously), done all the laundry (seriously), prepared food to last through some sort of invasion or apocalypse, I had asked all the prudent questions about recovery, etc.  Yet somehow I had missed the BIG one until the middle of this night.  There it was again - that cold, icy fear.  New one.  SCA spawned a new one.

(It turns out what they do is place a magnet over Skippy to disable it while you are under. After all, the big bad defibrillators are right there in case something goes wrong.  It seems almost funny to say - it's nothing to worry about, nothing to fear.  Almost comical.)

But new fears continue to come from nowhere; I think they may never end.
SCA manufactures fear.   One more down.  Check.  God love magnets.
Posted by Marty at 5:56 PM 1 comment:

Renoir, Hayes, and Shut Me Up 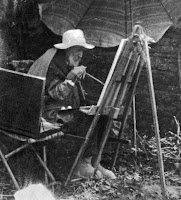 "One must from time to time attempt things that are beyond one's capacity". Pierre-Auguste Renoir.

For years, I thought Rheumatoid Arthritis (RA) would be my dominant health issue.  I inherited that one (in my 30's) from the maternal side of the family.  It's nothing to sneeze at, to be sure, but it certainly hopped into the back seat when the Sudden Cardiac Arrest (SCA) arrived.  RA is in the family of 'auto-immune' disorders; as with MS, lupus and others, the body attacks itself without anything resembling a decent explanation.  Or a cure.  Charming.

Renoir had horribly crippling RA and in his last years, he had assistants tie the brushes to his mangled hands so he could continue to paint.  Some of his masterpieces.  Yesterday, I met Mr. Ivey Hayes, an artist here in Wilmington, N.C. who struggles with and overcomes the same aggressive strain of RA that Renoir stared down, the same that destroyed my mom's hands, feet, knees and other joints - before she turned 50.  (My RA, fortunately, is far less severe.  I credit Dad's ironclad, gin-fortified, indestructible DNA).

There are numerous photos that survive of Renoir's last months, with those same mangled hands.  I know people who cannot bear to look at them.... I worked hard to get my hands on a couple copies as I find them inspirational beyond words.  If he could do that....


I am honored and humbled to have met Mr. Hayes, same as I am each time I stand before Luncheon of the Boating Party, same as in knowing that the Renoir photos exist.  Makes me remember to shut the hell up.

Have you ever wished you were different?  I don't mean taller, shorter, thinner, better hair.  I mean different.  In a significant and fundamental way.  A substantive way.  Like you wish you could tolerate something you find inherently intolerable.  Something that is painful for you to see in a loved one - you want no longer to care about that.
You wish different things mattered to you - important things.  You wish you were more like some other person.  Some part of you that makes you distinctively you - you want that to go away.
I wished this today, and I honestly do not remember ever having done so before.  It is not a happy thought.  But I wish it today.  I hope this is a short-lived post.
Posted by Marty at 5:31 PM 1 comment: 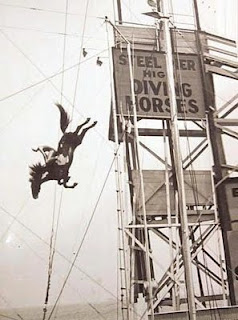 I heard an artist speak the other day about some of her work. She pointed to a couple textiles and said something to this effect: "I realized I would probably never have that particular experience again, so I gathered up pieces of things.  I wasn't sure what I would do with them, but I knew I wanted to keep them until inspiration arrived".

I am not an artist.  My only medium is this - words.  I am horribly unobservant generally - or to put the best possible face on it, I am highly focussed.  And maybe a tad literal.  I was struck by the artist's having a sense of certainty that she would never pass that way again.  I have missed far more of those than I have caught.  I see them only in retrospect.   With people, often I didn't see it until the ending had arrived and already gone.

Would it be different if I had that artist's sensibility?  That I saw in that moment that this was an ending?  Would it change the experience? Would I behave differently?  Would I have fewer regrets, more regret?  Thinking of the endings that are losses through death or some demise:   Relationships gone.  People gone.  Would I have wanted to know that day was an ending?

My medium is words; so in considering endings, I hear the last words spoken between us.   My Dad's to me were "everything is all messed up" and my response something like - well, yeah, it probably is.  My Mom's "Can I have more stuffing?" Mine - well, sure, it's Thanksgiving.  With a cherished uncle, one of us said "See you for lunch Tuesday".  A sister who died too young, I am horrified to say I don't remember.  And with a lost relationship: "I promise we will talk about this".  Relationship lost, promise lost.
In each, I didn't know those would be our last words.  I gathered no items to mark the time and space as the artist did; I just took the fallible memory of the words.  Had I known I was sitting in an ending, I don't think I would change the parents or the sister; those days had come.  With the uncle, I would say - no wait, Tuesday is too late, let's make it Sunday.  Silly, but true.  He would be just as gone, the hole he left just as big.  But I would have tried to change that ending.  Somehow.  Make it bigger, make it last longer.  Something.
And that lost relationship?  Had I known that was our last day, I would have tried something.  Probably the ending was as certain as the others, but the ensuing edges were more jagged than they needed to be.  Or so I think.  A little more thoughtful observation here, a little more sober courage there.

Final acts are on the mind these days.  Endings looked different to the artist, perhaps they can sound different to me next time.


With thanks to Fritzi Huber, the artist.
Posted by Marty at 12:20 PM 1 comment: