What a week.  Up, down, whipsaw first one way then another - -- a roller coaster.  And I don't like roller coasters.   One day of joy, one of tumult, one of regret, many of confusion.  Got to ride all of it - pleasure, pain, anxiety, remorse, fear, joy.

We all have our ways of working through life's bombshells and blasts.  Some drink, some eat, some avoid, some talk -- me, I write, I read, I go to meetings. Hell, I even went to Mass.  Always a little scary when a deeply lapsed Catholic turns up at church.

SCA has taught me that "regret-avoidance" is a very useful roadmap for choices, especially when one is so upside down that you know with certainty that you are not making good decisions.  It would be ever so helpful is the really crappy choice could wear a sign around its neck that says "You will regret me".

That would be nice.  Maybe even patent-able.
Posted by Marty at 7:45 PM No comments:

Email ThisBlogThis!Share to TwitterShare to FacebookShare to Pinterest
Labels: regrets

I am scared of snakes, some bugs, roller coasters and now -      a relationship. Seriously.

Ultimately, fear is now fear of dying.  As adults, we think of death as an abstract eventuality.  Then the SCA arrives in our life, and death becomes far more concrete.  It is now a reality, not merely a "someday" idea.  It becomes an "any day, maybe even today" fact.

Perhaps this new reality with death changes what fear feels like.  In parts of my life, I ignore risk  -  perhaps even more since the SCA.  I went snorkeling alone in the Caribbean over Christmas - more than once.  At one moment, I felt unnerved, but I did not consider NOT doing it.

Then there is what should be the lesser fear, things you KNOW do not present imminent physical risk. But even knowing there is not risk of actual physical death, I swear it feels the same.  Standing here on the precipice (so to speak) looking at the abyss that is a potential relationship - it strikes.  Like a relationship could kill you, or worse yet, just idea that one day there may be the potential for a relationship - even this feels like it  might be fatal.  And this is not the small, manageable kind of fear that you control by taking a deep breath or two.  This is the big stuff; it is the fear that causes your throat to constrict, produces whatever the emotional equivalent is of a car's screaming from slammed-on brakes.  This is the fear that reduces action to baby steps at best.  This is half a step forward, five bounding, rapid steps back.   This is not a pretty sight.

I'm terrified.  Not liking it.
I think I'll get there. Maybe. Perhaps.  I don't know.  I fear that when my time arrives for a relationship that I will have raced for the exit at even the idea of a possibility.  People scare me - I think that's the truth.

Put this on the "to do" list for tomorrow - learn to love emotional terror.
Posted by Marty at 8:54 PM No comments: 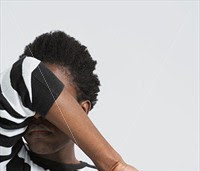 Two of the young have touched me in the last couple days; one I know and one I do not.
The known- my adult son shortly will  mark two years sobriety.  He has had a road with rocks, turns, twists, ravines, downright ditches.  He has had some dark days in his thirty some years, but now - he has a family, he is succeeding at a wonderful job, he's been promoted, he's been victorious over a rotten gene pool. He is sober.  I am both relieved and proud.

The second is a 17 year old whose mother I happened to "e-meet" on the Sudden Cardiac Arrest website.  Her 17 year old boy survived SCA with limited damage.  He is struggling with all the adjustments; he has had to give up his sports passion, he cannot participate in the contact sports he loves.
He is furious; he is furious with his doctors, at his situation, at his implanted defibrillator.  I ache for him; he is so pissed; he sees the ICD not as a lifesaver but somehow as the cause of his new limitations. He has threatened to find a doctor who will remove the defibrillator when he turns 18.

I empathize with him and with his terrified mother.  It's awful to feel the loss of control, the cold icy fear about the SCA having happened and the ever-present dull dread that it may happen again.  I know we survivors should all be grateful and many days I am.  But there are days of being so pissed off, we need not to talk to people; we need to keep that rage contained.

I struggle and I have the skills and experience of an adult.  Even so, this has certainly been the most difficult challenge of my life. I ache for the young man who has to cope with this, to wrestle it to the ground at 17 - the world is black and white, the skills are limited, the impulses are huge, lashing out feels wonderful if only for a minute.

These two young men gave me pause.
Posted by Marty at 7:35 PM No comments:

Not Yielding to the SCA - Or Not Quite, Anyway 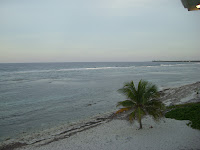 I spent last week in a relatively isolated area of Grand Cayman - my first real vacation since the Sudden Cardiac Arrest (SCA) in 9/2009.  Reluctantly, I had resigned myself to no more Scuba diving; I was determined to learn to love snorkeling.  Around mid-week, I wondered if I had made a mistake with a tropical vacation; I love diving in the Caribbean; I missed it again and again.

I snorkeled a fair amount, both from shore and from boats.  It was better than NOT being on a reef, but I think those who say snorkeling is as good or better than diving probably don't actually love diving.

It was difficult to be around the diving world.  I realized that it is not merely the visual underwater experience I miss. (although the visual is astounding; the peeking into crevices and finding living surprises; the serenity and other-worldliness of it; the sight of a shark; the joy of swimming for a moment alongside a turtle; the shock in seeing that seahorses are real;  being filled with the sense that we are visiting their world).  But I also miss the dive boats, the camaraderie, the swapping of stories and the day's sights, (I have heard some of the best jokes of my life during dive surface intervals) -- and the sheer physical exhaustion at the end of a 3-dive day - I missed all of it.  It's a small club and all of a sudden my membership got yanked.  At the end of the week, in my 5 condo complex, there were BC's and other scuba gear hanging over railings drying out for the flights home.  It was a physical yearning for me.  Over and over.

I am reconsidering selling my equipment.  I'm working on a new plan.  It may be a stupid plan, but it's a different approach.  I have set some health goals for myself this year; if I can reach them, I will talk to my cardiologist again about diving.  There is a Scuba medical organization (DAN) that offers physicians consultations about specific cases.  Somehow I think my case is worth that process; I am an unusual SCA survivor.  Well, truth be told,  every SCA survivor is unusual.   But I did not suffer heart damage; that puts me into the minority of the minority who live through the SCA.

I know it's nuts.  The implanted defibrillator is not tested at depth greater than 40 feet.  But the health goals are good regardless.  It's a wonderful motivator, a world class motivator; if I don't meet those health goals, I won't consider diving.  If I do reach them and still can't dive - well, I'll be a more fit snorkeler.

I can't say 'never' on diving; I honestly tried, and I simply cannot.
Posted by Marty at 8:54 PM No comments: