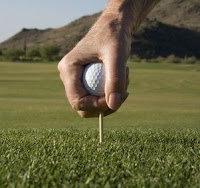 My sanity is dependent upon boundaries.  Setting them, understanding them, recognizing when they are disguised and begging to be ignored - just this once.  My sanity depends upon adhering, obeying, stopping.  Stop.  Don't step over. Beware of the lurking, masquerading, slithering, moving about and not staying where they are supposed to stay.   They can be cunning and baffling.  Dangerous.  Stop.

My ex was released from jail today.  I still can't believe that sentence is true.  He was in there about a month.  Until this set of events, I had not seen him in three and a half years.  Big, bad, ironclad boundary.  Thou shalt not touch that boundary.  I had found more serenity than I'd known in decades by laying down that particular boundary in some material akin to rock, steel, kryptonite.  No getting close to that one again. Ever.  So I had vowed.

Until  about three weeks ago.  He was in jail.  And I was told about the wreckage that apparently has become his life in the past three years.  It spun me out of my safe, impenetrable, immovable,  nuclear bomb shelter boundary world.  How? Why?  It was incomprehensible that this was him, the man who was my husband, my significant other for decades.   I kept thinking it must all be a mistake.  This could not really be him.

Then, through his lawyer, came a request.  The type of request I had to say no to.  I'm so bad at recognizing that boundaries must must must be obeyed, adhered to, honored, respected - I actually thought about saying yes.  For a little while.  Then, you see it for what it is - my ticket back to non-serenity, the way to make wreckage out of my own life.
Then a second request - this for socks and underwear.  I had said no to that first request, but I could not possibly say no to this one.  It was socks.  And underwear.  How can someone ask for that?  But I can't say no  I couldn't.  So I saw him.  3 weeks ago.  It was disturbing beyond description.  He was many things; he was never this.   Three weeks later and the idea of it, the memory of it still takes my breath away.

Yesterday, I sat having lunch at a spot that overlooks a tee box at a golf course.  And a man - one of a foursome- he walked to the tee and did his pre-drive routine.  His back was to me, and it could have been Tom. It should have been Tom.  That is what he should be doing at this time in his life.  Playing a round with friends on a beautiful afternoon., wearing that purple shirt, khaki shorts, goofy golf shoes and an odd hat.   I almost let myself believe it was him.

It wasn't.  He wasn't there. He was still in jail.  He got out today.  I thought half a dozen times today of contacting him,  It is so hard to let oneself feel heartless.  To accept that you can't help.   I put my toes right up on that boundary line, but I didn't go over.  Not going to go over.  I can't fix that.